The filters and angles we use on Instagram and Snapchat are changing our perceptions of ourselves.

We’re going to come right out and say it: We’re living in a selfie-obsessed world. In 2016 alone ― the first year of Google Photo ― users uploaded more than 24 billion selfies, according to the tech company. We’re constantly snapping photos and sharing them with friends, family and followers on social media, giving ourselves a lot of material to scrutinize.

But the thing is, people don’t see us in real life the same way we see ourselves in photos. For starters, photos are still images while in real life, we’re constantly in motion. Different angles and lighting, meanwhile, affect how we look in a photo.

And of course, all those Snapchat and Instagram filters, along with editing apps like FaceTune, allow us to manipulate our photos with the tap or drag of a finger. It’s so simple, teenagers can do it (maybe even a little too well). Some people have argued that filtered images are making us forget what we actually look like.

Perhaps the most troubling byproduct of the selfie age is a concept called “Snapchat Dysmorphia,” which refers to a recent trend of people seeking cosmetic procedures to replicate their filtered faces without the filters.

“Everybody wants a quick fix, a magic surgery that fixes everything, mainly because they want to look good in their selfies,” Dr. Daria Hamrah, a facial cosmetic surgeon based in Virginia, told HuffPost. “They don’t want to go to the gym and go on a diet for six months or a year. They want to take their selfies right now. They take selfies every day and just want to look good and don’t want to use filters or makeup.”

Over the past few years, it’s become apparent that social media is influencing beauty trends and the way we see ourselves. HuffPost spoke to some plastic surgeons to find out how, exactly, it’s all happening:

People in real life don’t see us from the same angles we see ourselves in photos.

Aside from filters, camera angles are a huge factor affecting the way we look in photos. If the camera lens is too close to your nose, for example, it will look larger in the photo than it appears in real life. If your camera is angled below your face, the photo will show parts of your face that you don’t necessarily see when looking straight on. And if you’re photographed underneath a light source versus beside the light, it’s going to cast shadows on your face and body.

Hamrah provided a specific example to illustrate this point, referring to a patient who was requesting to have work done on his nose to decrease the visibility of his nostrils. However, the photo he used as a reference was taken from below, meaning his nostrils were clearly visible.

“I said, ‘Can I take a couple of pictures so I can see what you’re seeing?’” Hamrah said. “I took [some] pictures [straight on], showed him and asked, ‘Do you still think your nostrils are large?’ He was like, ‘Well, I don’t see my nostrils.’”

It’s important to remember that photos aren’t always the most accurate depictions of ourselves and dwelling on them can more than likely just lead to over-scrutinizing your appearance.

That brings us to the next point:

It’s way too easy to focus on the little things on Instagram, even though no one is looking at you that closely.

″[People will] come in and say, ‘I need a little lateral brow lift,’ or ‘I need more fullness in the middle part of my lip or the outer part of my lower lip,’” Broumand said, noting that the requests are more specific than in years past.

Broumand suggested apps are leading more people to have work done on their lips, and around their eyes, chin and jawline.

The specificity of procedures extends beyond the face, said Dr. T.Y. Steven Ip, a plastic surgeon who works in both California and New York. People are now undergoing hand rejuvenation procedures, he said, including some women who have been getting these “hand lifts” in order to capture the perfect engagement ring selfie.

“It’s not something you really focused on [before], but now with people looking at every facet of their life, it’s like, ‘Hey, I wonder if there’s a way I can make my hands look better,’ and that’s when a procedure like hand rejuvenation [comes up],” Ip said.

Hand rejuvenations can involve injecting fillers into the hands, using lasers and creams to treat pigmentation and even pulling back the skin to make hands look less wrinkled, he said. 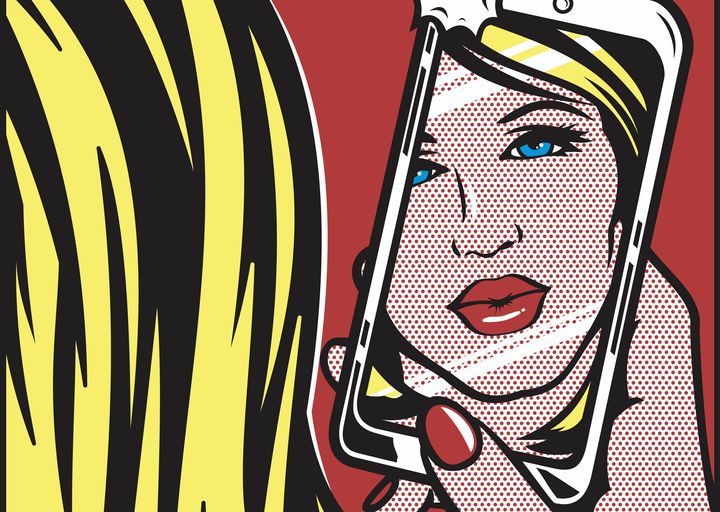 Staring at filtered images ― of ourselves and others ― can lead to unrealistic expectations.

According to Broumand, constantly looking at filtered images of ourselves and others on social media “most certainly” leads to unrealistic standards and expectations of what can be achieved.

However, Hamrah said he finds it helpful when patients bring selfies as a reference during their appointments. Based on what a patient tells him about a photo ― what they like or don’t like about what they see ― Hamrah said that it becomes easier for him to understand what they’re thinking and what they’re hoping to achieve.

“We’ve just got to keep them in check,” he said.

All three of the doctors we spoke to agreed it’s the responsibility of a plastic surgeon to guide their patients and provide them with realistic expectations for what can and cannot be achieved.

Trends are influencing us to do dramatic procedures that we may someday regret.

Just like in fashion, cosmetic surgery trends come and go.

“In the ’90s, Pam Anderson was kind of the poster girl for everyone and people were getting large (breast) implants put in. Now, the trend is [to shrink] them down or actually remove them,” Ip said. “There’s no doubt that these celebrities or influencers drive trends in plastic surgery.”

Broumand said that if you’re looking to get any work done, you want a well-trained doctor who’s not going “change you into something that’s fashionable and not reversible.”

“One thing for sure I can tell you is that trends will change, that’s why they’re called trends,” he said. “Whatever we’re doing today is going to be different half-a-generation from now.”

There’s also a distinction to be made between procedures that are temporary and those that are permanent, Broumand added. Lip fillers, for example, can be dissolved, while something like a fat transfer to the buttocks ― popularly known as the Brazilian butt lift ― can’t easily be reversed.

“We have not seen what the outcomes of all of these exaggerated surgeries are going to be,” Broumand said, noting that it will take time before we become aware to how something like a Brazilian butt lift will affect someone years down the road. One potential issue with the BBL, according to Broumand, is that the fat that’s been transferred could continue to grow, in turn leading to a disproportionately large backside that could look caricature-like.

“We have to talk our patients off the ledge of caricature surgery,” he said.

With all that being said, it’s important to take your time with decisions regarding the physical alteration of your body. Always consult a doctor ― we have some tips for finding the best one for you ― and remember, not everything you see online is exactly what it appears to be.

For all media inquiries, please contact our Public Relations department at [email protected].